The Ancient Site of Palaiopolis

The Ancient Site of Palaiopolis is located near Mon Repo. Palaiopolis was the ancient agora of Corfu (Kerkyra) Island. The most noteworthy monuments of the site are: the agora (market), the Doric style Temple of Kardakios, the Roman Baths and Post-Hellenistic curved building. On the site there is a museum where findings from the area are exhibited.

The Grave Monument of Menekratis

The Monument of Menekratis is located in Garitsa, Corfu. It was constructed in the 6th century BC and was discovered in 1843. One of the most impressive parts of the monument is an Archaic 10 verse inscription, which is considered one of the oldest inscriptions in Greece.

The Ruins of the Roman Baths

They are thought to be a part of a group of Roman buildings, located in Acharavi, Corfu. They were discovered in 1985.

The Temple of Artemis Gorgous

At the site visitors can see the well -preserved Doric style temple and the large alter. It was constructed in the 6th century BC and discovered in 1822. Historical & Religious Sites in Corfu, Greece

Aggelokastro (or Angel Castle) is located near Krini and was constructed in the 13th century. It has an arched front gate, while inside the castle there are ruins of the chambers and the storage rooms. There is also a church in honor of the archangels Gabriel and Michael built in a cave.

The Old Fortress, located on the eastern side of Corfu’s (Kerkyra’s) port, was built initially during Byzantine times. It was reinforced by the Venetians and later by the British. It had a moat and a draw bridge, which has now been replaced by a steel bridge that connects the fortress to the city. The most significant monuments in the fortress premises are: the central gate, the Savornian, Martinengo and Mandrakios ramparts, the land and sea towers, St. George’s Church, the Roman Temple, the prison, the British hospital and the British barracks. The fortress is also home to several public offices such as the Municipal Library, the Archives, the Byzantine collection, the Conference Center, as well as the clock tower and the lighthouse.

The construction of the New Fortress in Corfu Town began in 1576 and was completed in 1645. The fortress overlooks the old port and is considered a masterpiece of fortress architecture. The most significant attractions of the New Fortress are: the British barracks, the underground stoas, water ducts, ammunition storage rooms etc. The Museum of Ceramic Art is housed here. Theatrical performances, exhibitions and concerts are also held on the fortress premises.

The Achillion Palace was built in 1889-1891 as the home of Princess Elisabeth von Witelsbach of Austria (known as Princess Sissy). Princess Sissy was captivated by Greek Mythology and thus named the mansion “Achillion” after the Greek mythological hero Achilles. Throughout the palace and its grounds there are statues of the Olympian gods and the 9 musses. A huge statue of Achilles stands in the gardens, and another on the outdoor stairwell. On the terrace there are busts of Greek writers and scholars. Inside the palace much of the furniture is engraved with Greek gods and mythological tales. After Princess Sissy’s death Kaiser Wilhelm II bought the palace and used it as his summer house till WWII. The Achillion Palace is located a short distance from Corfu Town, in the settlement of Gastouri.

Pontikonissi is a picturesque isle just off the coast of Corfu (Kerkyra). Boats depart frequently to the isle to visit the Byzantine church and sit in the cafe that is located amongst the trees.

A French battery canon still remains.
There is a lovely view of Pontikonissi and the Monastery of Virgin Vlachernas from the site. It lies near Corfu Town.

The bridge, located near Benitses, Corfu, was used by Kaiser Wilhelm II to reach the beach from Achillion Palace.

Splianada Square is the main square of the island and the central meeting spot for locals and visitors, situated in Corfu (Kerkyra) Town. It was constructed to resemble the European Royal Gardens. It is the largest square in the Balkans and one of the largest in Europe. During the summer months, symphonic orchestras perform at the kiosk that is situated in the square. Next to Splianada Square is Liston, a wide promenade with French and Venetian style buildings, which is always full of people enjoying their coffee, drink or snack at one of Liston’s many cafes.

The Church of St. Spyridon

St. Spyridon is the patron saint of Corfu (Kerkyra) Island. The church was built in 1589, in Corfu Town. It holds many excellent relics and has magnificent icons. The remains of St. Spyridon are held in a silver reliquary in the church, which comes out in procession during the town litanies.

The Church of the Virgin Antivouniotissa

The church has some exquisitely intricate ecclesiastical art and houses the Byzantine Museum. It is located in Corfu (Kerkyra) Town.

The Church of the Virgin Spiliotissa

It was built in 1577 in Corfu Town, and possesses some impressive ecclesiastical art.

The Byzantine Church of St. Jason and St. Sosipatros

A beautiful Byzantine domed church was built in the 11th century and filled with Byzantine art of the 11th and 12th centuries. The church is situated in Corfu Town (Kerkyra).

The Monastery of the Virgin Mary

The Monastery of the Virgin Mary is situated above Paleokastritsa. It was founded in the 13th century. The building premises of the monastery were constructed during the 18th and 19th centuries. There is a small museum in the monastery that exhibits Byzantine and ecclesiastical art, as well as a skeleton of a whale.Museums in Corfu, Greece

The contents of the museum’s impressive exhibits originate mainly from excavations of several ancient sites on the island as well as an excavation in Epirus and cover the Archaic, Classical, Hellenistic and Roman Periods. Built in: 1962-1965, expanded in 1994. Collections and contents: Bronzes, Statues, Pediments, Marbles, Pottery, Funeral Offerings and Minor Artefacts. The Archaeological Museum of Corfu (Kerkyra): 1, Armeni Vraila st, 49100, Corfu, Ionian Islands, Greece.
Tel. +30 26610 30680 or +30 26610 43452

The museum is housed in the Church of Panagia Antivouniotissa, which is believed to be built during the 15th century and is a wonderfully preserved ecclesiastical building. Built in: 15th century, established in 1984. Renovations were made till 1994. Collections and contents: Icons and religious artefacts from the 15th to the 19th century. The Byzantine Museum of Corfu (Kerkyra): Antivouniotissa Church Arseniou, 49100, Corfu, Ionian Islands, Greece. Tel. +30 26610 38313

The Museum of Asian Art

The Museum of Asian Art contains exquisite collections from Asian countries. The building has a long history as it has been used for many official political purposes such as Headquarters of the British Commission and the Headquarters of the Ionian Senate, as well as the Greek Royal Family’s summer residence. The majority of the exhibits are donations from prominent Greek citizens, the Municipality of Corfu and the National Archaeological Museum. Built in: 1819-1824, established in 1927. Collections and contents: Chinese artefacts from the Ming, Sung, Tcheou, Chang, Han, Wei, Ch’ing dynasties, Japanese artefacts such as weapons and masks and artefacts from Pakistan, India, Nepal, Tibet, Cambodia, Korea, Thailand and Siam. Furniture, portraits, medals, paintings and relics of the presidents of the Ionian Senate and of the particular era. Additional activities: periodical exhibitions. The Museum of Asian Art : St. Michael and St. George Palace, 49100, Corfu (Kerkyra), Ionian Islands, Greece. Tel. +30 26610 30443 Fax: +30 26610 20193

The museum’s contents are donations by Maria Desylla-Kapodistria, who held the office of Mayor of Corfu from 1956 to 1959. The museum is built on the family property of Greece’s first governor Ioannis Kapodistrias. Established in : 1981. Collections and contents: Furniture and artefacts of the era, personal articles of Ioannis Kapodistrias. The Kapodistrias Museum: Evropouli, 49100, Corfu (Kerkyra), Ionian Islands, Greece. Tel. +30 26610 39528 or +30 26610 32440

The Museum of Ceramic Art

The Ionian Bank Museum of Banknotes

The Banknote Museum is one of a kind in Greece and one of the existing few in the world. It is now under the auspices of Alpha Bank. Collections and contents: Banknotes issued from 1839 to 1920, the first banknotes issued by the National Bank of Greece, a banknote from China that was issued in 1300 AD and is considered one of the oldest in the world, post-war banknotes from other countries, documents, seals, photographs, coins, stamps, etc. Additioanal activities: Workshop The Ionian Bank Museum of Banknotes: Iroon Kypriakou Agona Square, 49100, Corfu (Kerkyra) , Ionian Islands, Greece. Tel. +30 26610 41552

The Municipal Art Gallery of Corfu

The Sea Shell Museum contains findings from the Indian and the Pacific Ocean, as well as from the Mediterranean Sea. It has received an award from the I.R.E.D.A. Research Institute in Italy. Established in: 1989. Collections and contents: shells, fossils, sponges, corals, embalmed fish, lobsters, crabs, snakes, sharks and shark jaws, sea-urchins, etc. The Sea Shell Museum: Benitses, Corfu (Kerkyra), Ionian Islands, Greece. Tel. +30 26610 72227 or +30 26610 4290 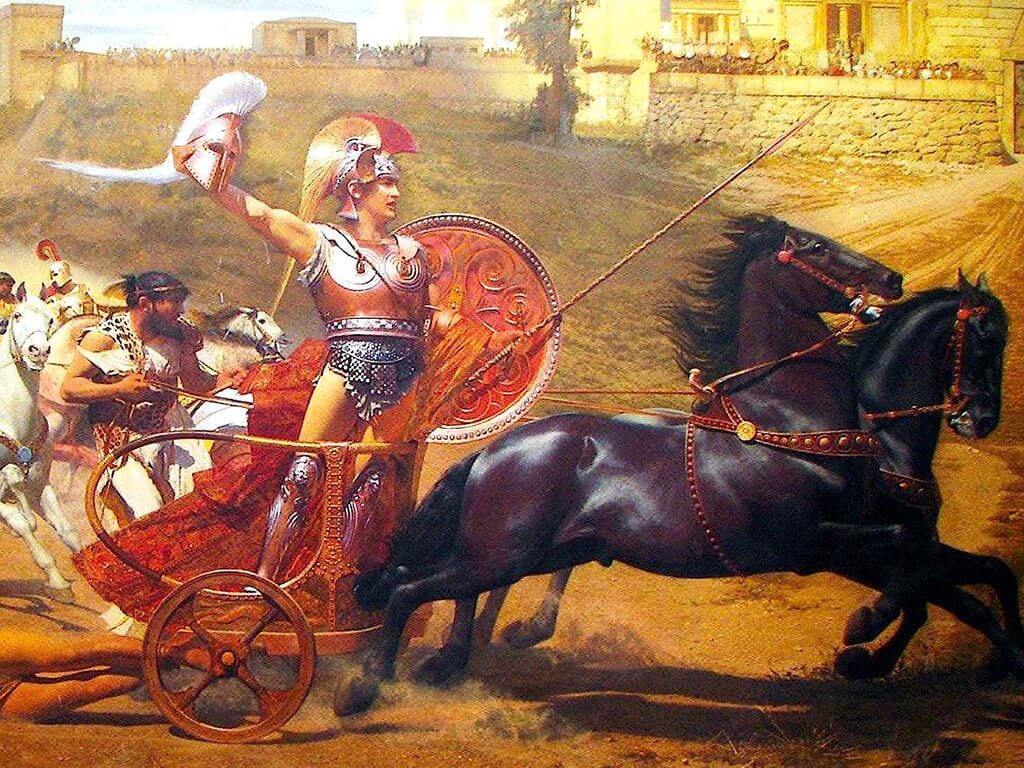